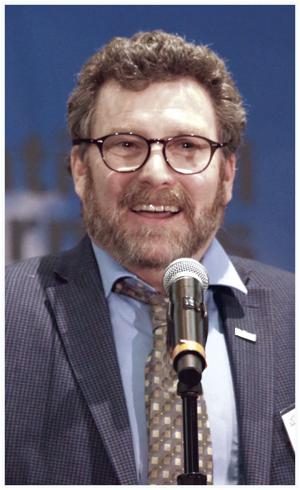 I find that most people today have very little connection to farming or ranching. When I grew up in the late 1960s and 1970s, there seemed to be a general sense that most people knew where their food came from. In my youth in suburban Connecticut, there was agriculture all around the area.

In the summer on Sundays, my family would drive to Jones’ farm one town away from us. My mom would buy whatever vegetables were in season and I would run around the farm with the Jones’ kids chasing chickens and climbing all over the barn. There were truck farms all over the area. Today those farms are housing developments.

Back in 1971, there was a small fluid milk plant in our town, Brock Hall. They would deliver milk every week to our door. We had an insulated metal box on the porch which fit four brown glass gallon containers. But that was yesterday.

Today it seems people have the idea that food comes from the grocery store and not a family farm. I looked up what has happened in the Connecticut dairy industry since I was a kid. In 1975 there were 817 dairy farms in Connecticut, by 2018 there were barely 100 remaining. There is no doubt that people’s food is coming from bigger farms further away.

Here are a few numbers to consider. In 2017, the Census of Agriculture found only 32,000 herds that sold milk and had fewer than 200 cows. Since that time, we have lost another 8,500 licensed dairies during those three years. In fact, we are on track to see farms of this type disappear completely in the next several years.

Research shows that smaller dairies, family owned and operated, are best for rural economies. And, their balance of feed and manure production is best for the environment. It’s important to remember, in these unpredictable times, to not forget the contribution these smaller, geographically dispersed, dairy farms make to our nation’s food security.

If nothing is done, we will continue the present path to a dairy economy in which a handful of very large operations produce virtually all of the nation’s milk. The numbers are frightening. It takes just over nine million cows to meet the country’s dairy needs. At 10,000 cows per operation, that translates to only 900 dairy farms. Is this really where we want to go?

To put things bluntly, the end of family dairy farming as we know it is not that far away. This is a tragedy that must be avoided at all costs. I believe we owe rural America our best efforts to save and revitalize the prospects for smaller, family owned and operated, dairy farms. But we must act now and we must act effectively.

One area to consider on the road to making things better is to alter the Federal Milk Marketing Orders. Significant changes in the system are needed if family farming is to continue to be part of the American dairy industry.

For those of you unfamiliar, the objectives of a Federal Milk Marketing Order are:

2. Improve the income situation of farmers

3. Supervise the trade of milk so bargaining power among buyers and sellers is balanced

The concerns with FMMO reform generally fall into two categories. In the first, change is necessary in the way proposed federal order reforms are approved. Some dairy producers as well as dairy organizations would like to see a clear policy of one farmer, one vote instead of the bloc voting system used now.

In the second category, the establishment of a single, national FMMO would replace the patchwork system we now have. The dairy industry has changed so much since the original Orders were established that only a national system can best serve all participants in the dairy industry.

Let’s get on the road to reform and reconnect consumers with their farmers. It could go a long way in helping revitalize rural America.

Bruce Shultz is vice president of the National Farmers Organization.